Police Chopper Land In Mall Parking Lot For Some KFC

Residents of Komani in the Eastern Cape claim to have witnessed a police chopper land in a mall parking lot, with the pilot disembarking before entering a nearby KFC outlet.

Images of the helicopter went viral on social media earlier this week, with the yet unidentified man – clad in a pilot’s jumpsuit – seen inside the fast food store seemingly placing his order.

According to DispatchLIVE, the South African Police Services (SAPS) have launched an investigation into the incident.

“We are aware that the members were busy with crime prevention duties. We are investigating why the members landed at the mall,” national police spokesperson Brigadier Vishnu Naidoo told the publication.

The incident caught attention when it was posted on Facebook by Bill Harrington, deputy leader of the Freedom Front Plus, who claimed to have witnessed it as it unfolded.

“This was not an official police practice run and/or any other police duty concern, other than for this police pilot to land, switch his blade off and walk nonchalant 30 metres into a chicken outlet – thus not to investigate a crime scene or whatsoever, but to queue in line for a quick takeaway and some gravy (train) with it,” Harrington wrote.

“After this police pilot got his food parcel, and paid for it, he walked out, climbed back into his police helicopter, switch on the blades and swiftly flew away.”

By Siviwe Breakfast, THE SOUTH AFRICAN

6-Year-Old Boy Mauled By Pack Of Dingoes At Fraser Island...

A young boy was mauled by a dingo at a popular tourist island in eastern Australia,...

About 100 Injured In Collision Between Two Passenger Trains...

Approximately 100 patients were assessed and found to have sustained minor to moderate...

Researchers said the whales, known for mourning their dead, had been helping the...

A raging wildfire on Sunday threatened to cut off access to a rural community in...

It was a comfortable win at the end of a cagey match for Croatia. An own goal by...

Shaman Arrested For Keeping Woman For 15 Years In Cave...

15 years after her disappearance, the now-28-year-old woman - whom authorities are... 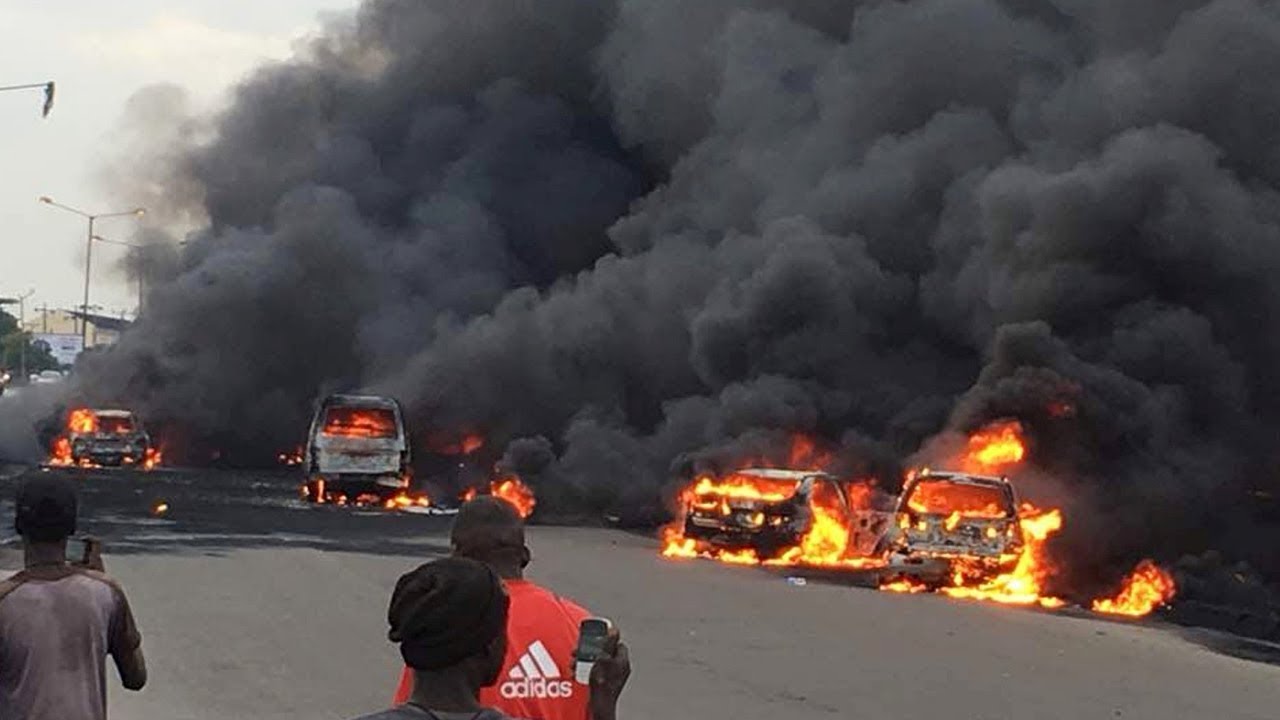 Valentino Dixon, who always maintained his innocence is released from prison after...

Millions Of People Will Die From Superbug Infections By...