SINGAPORE: Singapore Airlines said on Wednesday that it will relaunch the world's longest commercial flight in October, a journey of almost 19 hours from the city-state to New York, but it will not be available to economy travellers.

The daily, non-stop journey from Changi to Newark Airport will cover about 16,700 kilometres (10,300 miles) and take about 18 hours 45 minutes, the airline said in a statement.

The current record holder is Qatar Airways Flight 921 from Auckland to Doha, which takes 17 hours 40 minutes.

The Singapore Airlines flight will use the long-range Airbus A350-900ULR, which will be configured to carry 161 passengers - 67 in business class and 94 in premium economy.

The airline had flown a similar route from 2004 until 2013 but cancelled it as it fell short of revenue expectations. However, its latest decision comes as carriers look for new sources of revenue in a competitive environment, while long-haul flights often make more cash than those that require stops.

There are also plans for a non-stop route from Singapore to Los Angeles using the same plane, the airline said.

Last year, it consolidated its low-cost units TigerAir and Scoot into a single entity in a streamlining exercise.

And this month it said it will absorb its struggling premium regional wing, SilkAir, into the broader group following a multi-million-dollar upgrade as part of reforms to stay competitive. 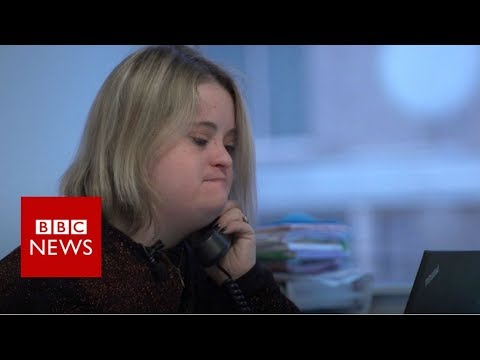 The first Washington lobbyist with Down syndrome

Elon Musk Overcomes Vote To Remove Him From Tesla Board

Shareholders voted to maintain Elon Musk's role as chairman of Tesla's board during...

District Judge Naomi Reice Buchwald had ruled in May that blocking Twitter users...

Rex‚ 22‚ was testifying in his own defence at the South Gauteng High Court‚ sitting...

Fifteen people died and dozens were injured when fire swept through a market in...

Spain once again struggled to impress at the 2018 FIFA World Cup in Russia, but...

Pauwels who has hosted shows for Belgian and French television is suspected of "armed...

Four British Men Arrested In Ibiza After Woman Was Allegedly...

Spanish police said a 29-year-old woman from the UK claims she was drugged and sexually...